The Chesterfield - a British Icon

Just as the tale of the Earl of Sandwich's "invention" is apocryphal so too is the tale of the fourth Earl of Chesterfield's creation. Did he develop this classic British design so his suit would not crease or so he could open his newspaper with ease?  Probably not.  He died in 1773, eight years before The Times was first printed and I do not believe gentlemen were wearing suits in the eighteenth century.  He also died before Samuel Pratt, upholsterer of New Bond Street, patented coil springs for "Beds, Couches, Seats and Other Articles of Furniture" in 1826.

The steel coil spring is the key element in the design of the chesterfield sofa.  They are stitched into the seat, the arms and the back and are witness to the upholsters skill and strength. By 1834 John Saville Crofton in his book The London Upholsterers Companion, The Art of Spring Stuffing, writes of using steel coiled springs, seven inches high by 3.5 inches wide, made of number 8 charcoal wire that are stitched to the webbing then tied together carefully so they "act freely and upon which most essentially depend the ease of the seat and the durability of the workmanship".

The other defining feature of the Chesterfield is the fact that the arms and back are the same height making them very sociable pieces of furniture.  This is not a unique feature and can be seen in examples of William IV sofas with their slimmer upholstery, elegant scroll arms and slightly higher seats.  It is not a huge step to use this earlier shape and when the new fully sprung backs, arms and seats are in place you have an early Victorian chesterfield.  Deep buttoning, a skill used by earlier upholsterers, became an art form in the nineteenth century and was embraced by the Victorians. It is not compulsory in a Chesterfield, but it doesn't look quite 'right' without it !

We have a rather nice one for sale here ! And another here ! 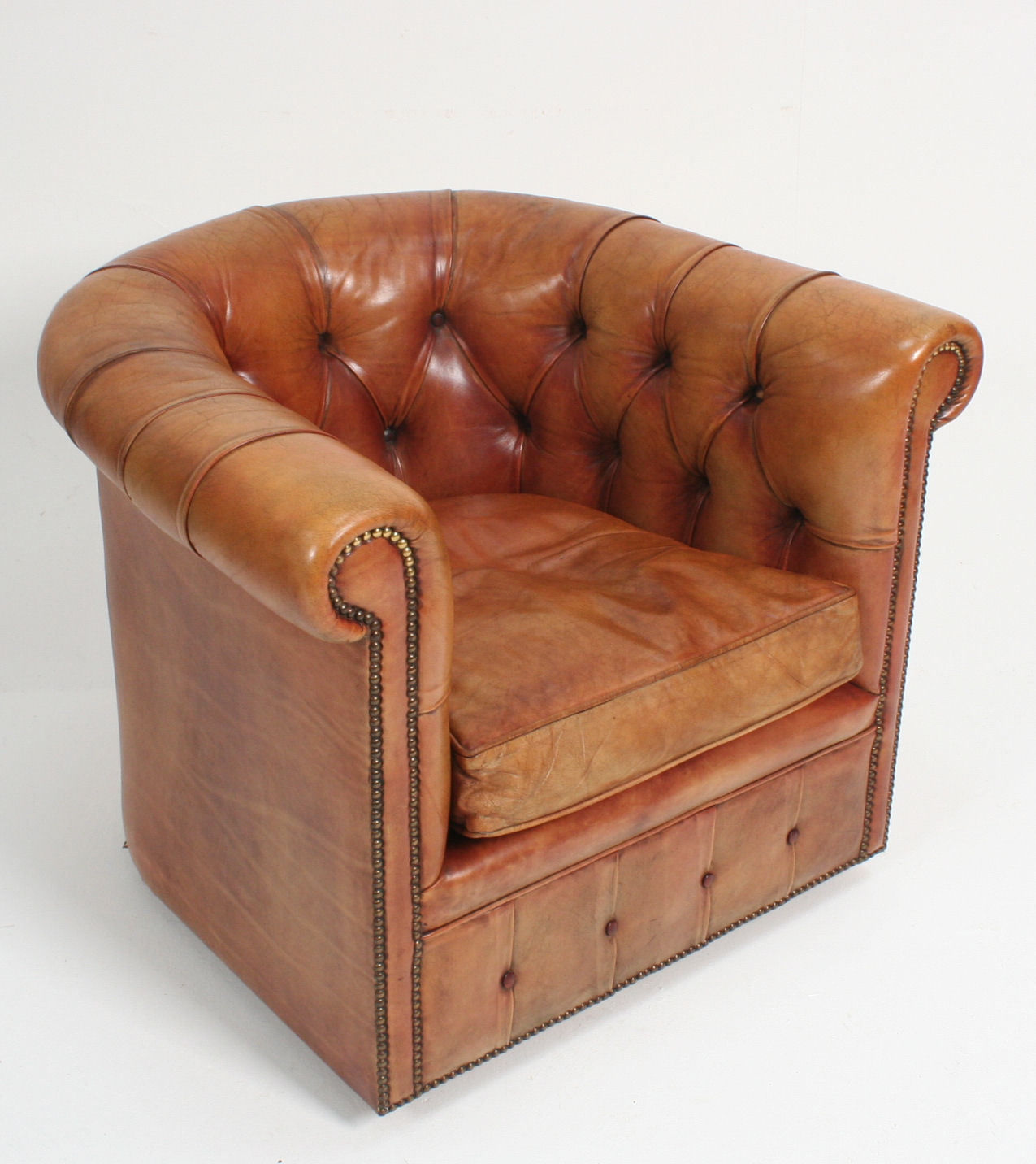 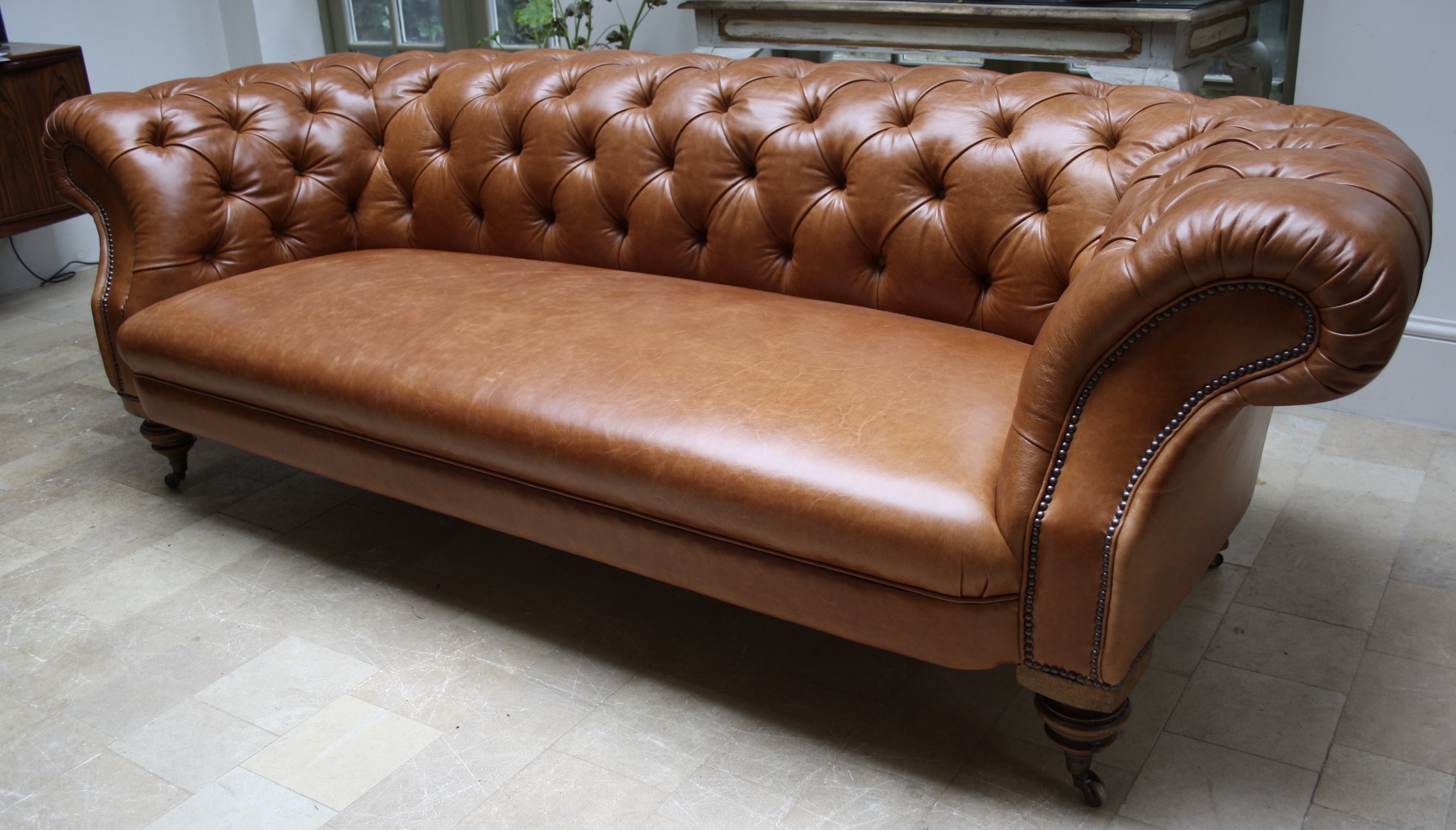